When it comes to on-screen relationships in K-Drama’s, we already have our favorites in mind; but what about bromances? The chemistry between male to male lead interactions have made many shows so much more fun to watch!

Bromances can sprout from multiple situations: in a battle for the heart of the main female lead, at a workplace as co-workers or they might already be best friends, to begin with. Some bromance relationships might also consist of two mortal enemies but the interactions between the two would be so hilarious that one must consider it a bromance!

Here are 8 K-Drama bromances that are sure to make your heart flutter!

Descendants of the Sun 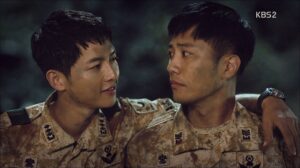 One of the best interactions and most iconic relationships on-screen!

Captain of Special Forces, Yoo Shi-Jen (Song Joong-Ki), and Sergeant Major, Seo Dae-Young (Jin Goo), have been through the worst and best times together. Throughout the show, they have faced tough battles in both work and their own love lives, however, their relationship with one another was something they can always lean back too.

Whether they are in battle or at camp, they have proved time and time again that their solid friendship can last for an endless, happy eternity. 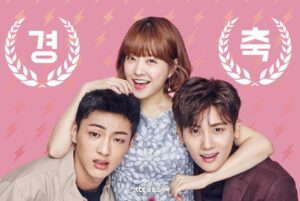 Ah Min-Hyuk (Park Hyung-Sik) and In Kook-Do (Ji-Soo) started off with the wrong foot. Because of their love for Do Bong-Soon (Park Bo-Young), they created a strong rivalry for each other. However, these two enemies would have to force themselves to work together in order for Bong-Soon to catch the main villain of the drama.

Their diverse personalities and fun, interactive behavior has made their relationship so much more entertaining to watch.

Goblin: The Great and Lonely God 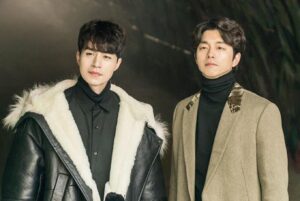 Who would have thought a goblin and a grim reaper would be a perfect duo! Kim Shin (Gong Yoo) and Grim Reaper (Lee Dong-Wook) are not particularly fond of each other in the beginning but slowly warm up to one another.

A timeless show that has the best interactions from its diverse characters. Kim Shin and Grim Reaper have had their ups and downs but even though they might, at times, detest each other, their chemistry on-screen is impeccable! 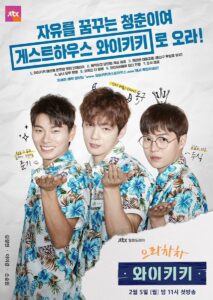 First of all, if you haven’t watched this show, what are you doing?!

This comedic show features three young men who are in the pits of life. They are flat out broke, behind on their rent payment, and somehow have to manage a guest house that may or may not be on the verge of repossession.

However, the amusing relationships of these characters in this show allow them to get through anything they have troubles with, in their life. One of the most notable bromances in this show, out of the many there are, is of Kang Dong-Goo (Kim Jung-Hyun) and Son Hun-Joo (Kang Kyung-Jun).

They both fight to win the heart of sweet and kind, Han Yoon-A (Jung In-Sun) and as they do, they are met with unwanted interactions. They both despicably hate each other but for the sake of Yoon-A, they meet in the middle.

A historical-fiction drama that switches from modern-day to 1940’s Korea, this show truly is a must-watch! If you are interested in history or want to learn more about freedom fighters then I believe you might find this show interesting! I have learned so much after viewing this drama and it has broadened so much of my world perspective!

Along with the historical twist, the bromance in this show gives it an entertaining edge. Han Se-Joo (Yoo Ah-In) is a famous writer with a stuck-up attitude and Yoo Jin-O (Ko Gyung-Pyo)..well, he’s a ghost that was significant in Han Se-Joo’s past life.

Their friendship has literally lasted centuries!

With one character that is considered to be dead and the other alive, how will these two meet in the middle? 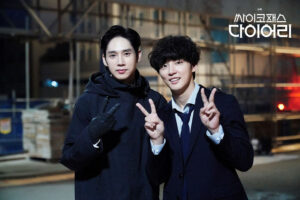 This is a duo that not many people would consider but I thought it was too hilarious not too!

Yook Dong-Sik (Yoon Si-Yoon) gets hit by a car on the day he plans to end his life. On that day he loses all memory of his identity but finds a strange red notebook in his coat pocket. When he opens the book, he finds it to be a serial killer’s diary and… mistakes it as his own!

Seo In-Woo (Park Sung-Hoon) is the director of the company Yook Dong-Sik works at. He is the real serial killer that owns the red diary.

The relationship was ill-fated from the beginning but the interaction with the two was priceless! Something about the fake killer, thinking he is the real villain, talking with the true killer makes them such a comical pair! Although the show is horror, it took a lot of comedic routes that made it fun to watch from beginning to end.

Kill Me Heal Me 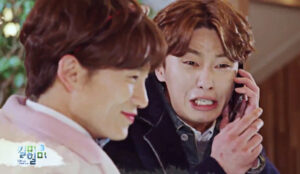 They meet because of Oh Ri-Jin (Hwang Jung-Eum) who is an accomplished resident and takes the role of helping Cha Do-Hyun, medically, but the interaction makes Oh Ri-On protective and maybe… slightly jealous.

The two of them have the funniest interactions, at times, and at other times they are each on opposite sides of the table.

If you haven’t already, give this show a watch because I’m sure you won’t regret it! 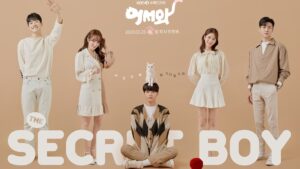 What happens when a cat can turn into a human?

Hong-Jo (Kim Myung-So) is actually a cat..! But there’s a catch, he must be around or have something of Kim Sol-Ah’s (Shin Ye-Eun) to turn human.

Lee Jae-Sun (Seo Ji-Hoon), Kim Sol-Ah’s ex-boyfriend, still has lingering feelings for her. This makes Hong-Jo jealous and goes head-on with Lee Jae-Sun. However, Jae-Sun was the first to adopt Hong-Jo when he was a cat and the two go way back.

The interaction is cute and fun to watch them as they bicker like siblings. Although they might dislike each other, their yin-yang personalities allow them to stick together. When they are at their worst moments or need a helping hand, like siblings, they are the first to get to each other.

The bromance is one of the reason’s this show is a must-watch!

Have you watched any of these shows on this list? What was your favorite?

Are there any other bromance favorites that I haven’t included in this list?