After an anti-fan threaten to shoot BTS member Jimin  in the head, the army world went crazy. They even made the hashtag #ArmysWillProtectJimin trend worldwide on Twitter. 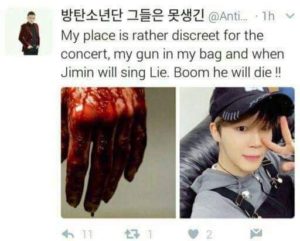 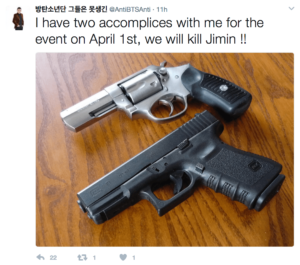 After Big Hit Entertainment caught wind of these threats, they immediately released an official statement. Saying…

“We believe it’s a joke by an anti-fan but we are preparing for the unpredicted situation that can actually occur. We’re strengthening the security at the concerts with the police. We’re well preparing for it.”