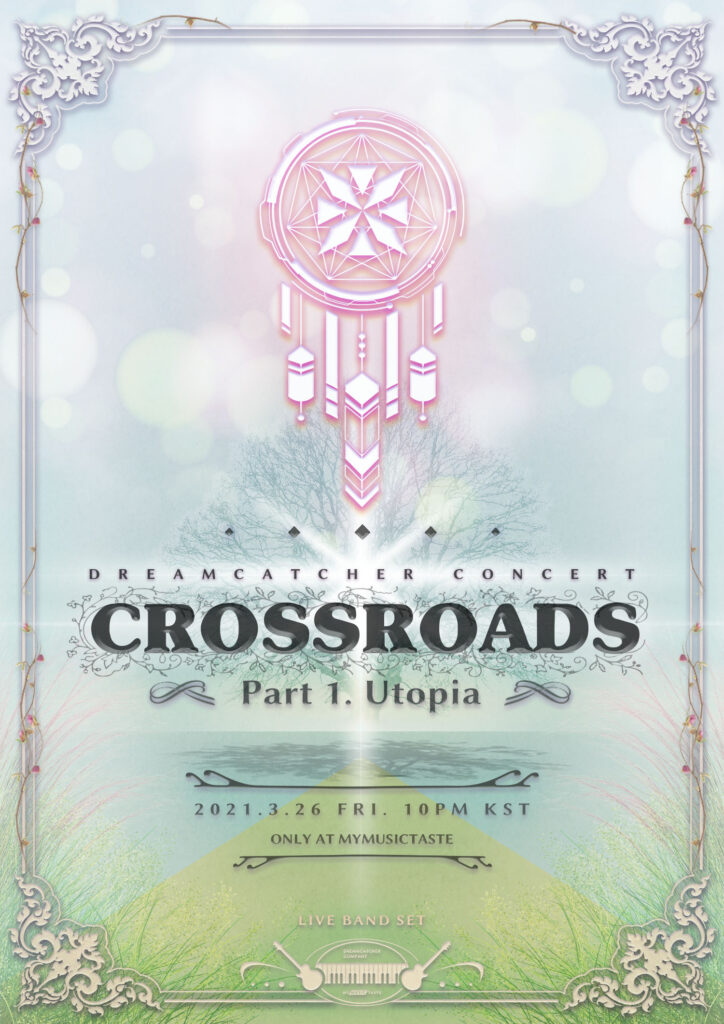 On March 4th, MyMusicTaste announced that DREAMCATCHER will be having a third online concert [DREAMCATCHER CONCERT CROSSROADS] which will be a two-night event on March 26 and March 27 at 10 pm KST.

This is yet another feat for the group after having two successful comebacks with BOCA released in late 2020 and their recent release Odd Eye. Not to mention completing their first and second online concerts back in 2020.

With their most recent online showcase and previous successful online concerts that brought in over 13,000 viewers per show, Dreamcatcher is ready to meet their fans, InSomnia [official Fanclub name] again for their third online concert.

Dreamcatcher’s third online concert will be split into two nights. The first night of the show, March 26, is ‘Part 1. Utopia’ – showcasing their angelic voices in an acoustic setting. The following night, March 27, is ‘Part 2. Dystopia’ -is the flip side of their story that highlights a rock-n-roll theme. Each night of the concert will show a different side of Dreamcatcher in their journey to close the Dystopiatrilogy together with their fans. The title of the concert,[CROSSROADS], emphasizes the final place the group stands at the end of the storyline oftheirDystopiatrilogy as they searched for their utopia in a neverending Dystopia. 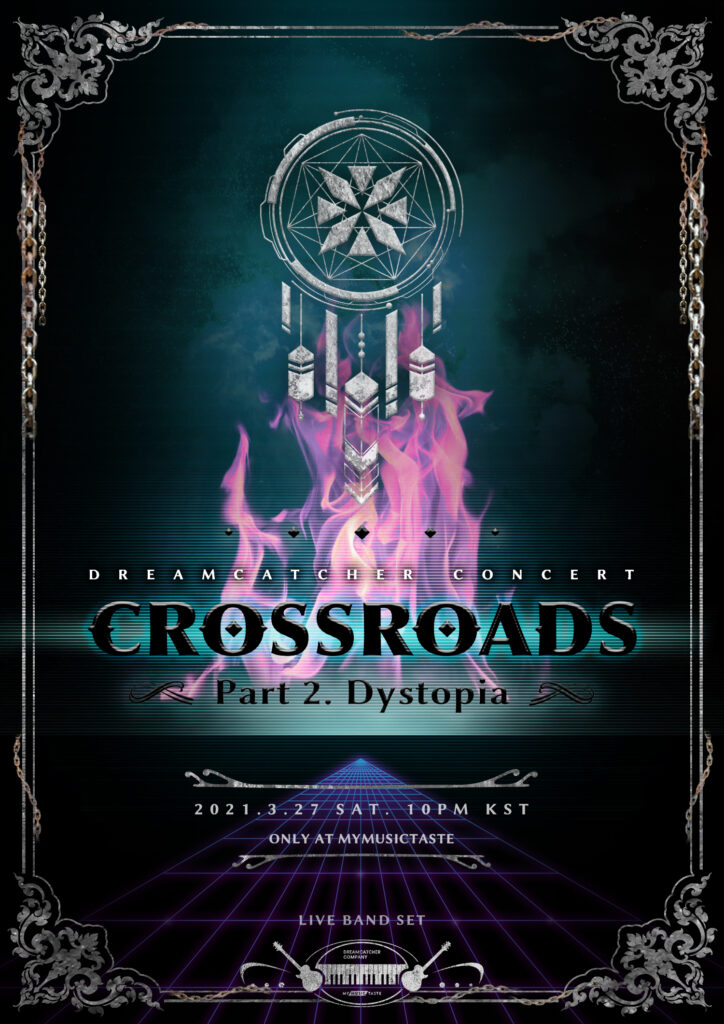 About MyMusicTaste:
MyMusicTaste is a fan-initiated live event-making service that brings fans, artists, and promoters from all over the world together in one place to create a valuable and meaningful concert experience for everyone involved.
MyMusicTaste puts the power in the fans’ hands, allowing fans to request their favorite artist’s concert in their city. With the mission to connect and amplify the voices of fans all over the world, MyMusicTaste successfully promoted concerts of artists such as EXO, GOT7, MONSTA X, The xx, Machine Gun Kelly, and more in over 57 different cities. With the simple idea–empowering fans to bring their favorite artist’s concert in the city of their choice based on fan demand–MyMusicTaste is challenging the $27 billion concert market through cutting-edge technology and sophisticated, user-friendly service. Currently, www.mymusictaste.com supports more than 30 countries and offers 15 different languages.

About DREAMCATCHER COMPANY:
Established in 2008, DREAMCATCHER COMPANY is a South Korean record label and entertainment agency
founded by the prominent production duo E-tribe. Since the debut of its first artist Nassun, the company has grown in size over the years, producing artists and idol groups under its own name. V.O.S, Dalshabet, and DREAMCATCHER are the major artists that are currently associated with the label. Recently, the company also launched subsidiary labels HF Music Company, Dreamcatcher Company, and D1CE Entertainment and is garnering much attention and recognition from the public as the rising creator of future K-pop artists.