On September 8, EXO’s Chen released an OST titled “Your Moonlight” for the romantic comedy Kdrama, “Do you like Brahms?” 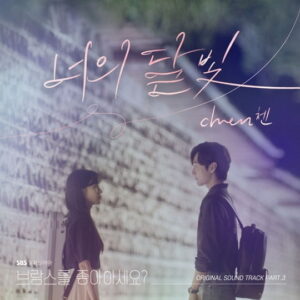 This is Chen’s first song since the beginning of this year. He last released a song on January 23 alongside DynamicDuo titled: “You”.

In the same month, Chen announced his engagement with his non-celebrity girlfriend as well as the onset of a future daughter leaving fans surprised with the abrupt news yet filled with excitement. He is now happily married to his wife and is rejoicing the birth of his first daughter.

Since January, we had not heard any music from Chen, up until now.

“Your Moonlight” is a heart-wrenchingly beautiful track that tears at the seams of an emotion called love. Chen’s strong vocals match the aesthetic of this ballad so well. His voice is slow and calm but strangely, powerful as he applies the feelings of these drama characters into the track itself.

This is the perfect song for a cold stormy day as we reminisce on our own love story that could have been. 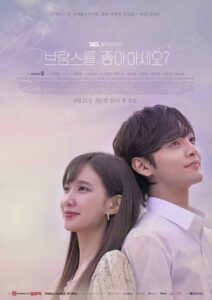 “Do you like Brahms?” follows musicians at a prestigious musical university. Park Joon-Young (Kim Min-Jae) has been learning the piano most of his life. He is in love with the granddaughter of Kyunghoo Group’s CEO, Lee Jung-Kyung (Park Ji-Hyun) but when he decides to maybe keep some distance from her, he meets Chae Song-A (Park Eun-Bin).

Chae Song-A has previously gone to university and majored in business but decided to apply to the renowned music program at the university. When she gets accepted, Chae Song-A follows her heart and puts her first step forward to start on another major towards music.

The musicians at the university will have their ups and downs. Things will not always go as planned and some parts of life may be better than was originally intended. Will Park Joon-Young find his way to Chae Song-A? And will Chae Song-A be able to tackle the challenges of this new academic life?

Chen perfectly captures these conflicting yet fluttering feelings in this new ballad. Not only has he created such a nice song but he overwhelmed fans with joy on his return to the music world.

Will you give “Do you like Brahms?” a watch?

If you haven’t already, check out the OST “Your Moonlight” below