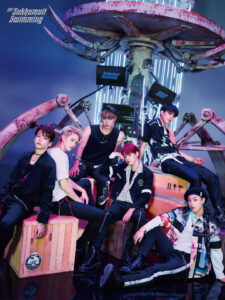 On August 10, ONF (ON and OFF) came out with a new music video titled “Sukhumvit Swimming”. Along with the entertaining new song, ONF has also released a full album with a total of six fresh new tracks plus a remix version of the popular song “New World”.

Take a look at the tracklist below: 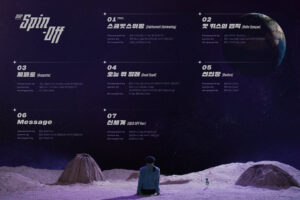 The fifth mini-album named “SPIN OFF” by the six-member group brings a new side to ONF. Each song is uniquely crafted to talk about ONF’s own journey in their music world as they play with the different types of music in this new album.

ONF recently participated in the reality music program “Road to Kingdom” and had successfully finished the show, winning second place. In the heat of the new accomplishment, ONF has released a spicy new album that showcases who they are as a group and what more they are capable of.

This is the first comeback since the MBC Show and ONF has not disappointed in the least!

“Sukhumvit Swimming” is a hype, fun song that will make anyone get up and dance to it. The music video has so many things going on at once but it makes it so much more interesting to watch.

There are things floating in the air as the members are, what seems to be, in alternate dimensions. There is a cowboy and sheriff fight off, and a random astronaut. The music video is a curious one and allows room for imagination from the audience; making this video a great one for fans to draw theories from.

Each member shows their fierce, cute, and joyful side in the music video to “Sukhumvit Swimming”. If you need something to lift your mood, then this is a definite watch as you can’t leave watching the video without a smile.

This is a song that will definitely be stuck in your head all day.

Stream “SPIN OFF” on Spotify!

If you haven’t already, check out the music video below!