The schedule teaser starts off by linking each member together by different code names with info about their comeback listed below. 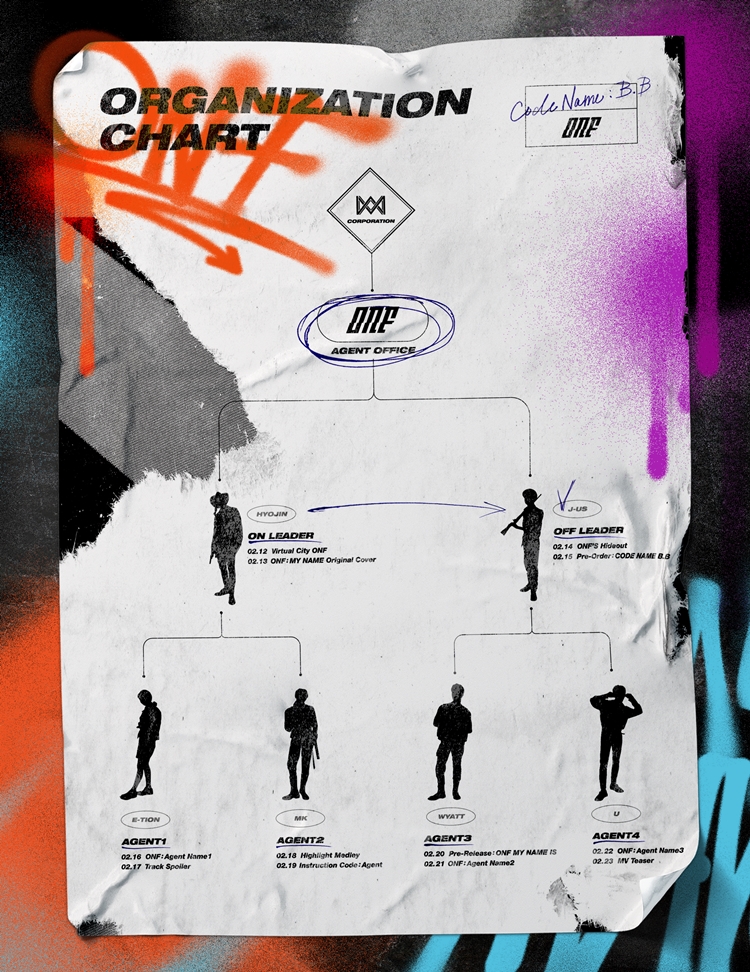 In a press released, the company gives fans a more in-depth description of the boy’s ongoing concept.

“ONF went on a time journey in parallel worlds in the last 5th EP ‘SPIN-OFF.’ Recently, they released an opening trailer video of 1st ALBUM. The video shows a future city like SF movies. It was very unconventional, and it makes fans expect a broader worldview.”

Fans can look forward to seeing what kind of connection the newly released organizational charts will have in the coming days.