Pledis Entertainment just announced that Seventeen will be having their first world “DIAMOND EDGE” tour this summer!

The boys will be visiting 13 cities including four North American stops in Dallas, Chicago, Toronto, and New York!! Fans are extremely excited to see the boys live in color! 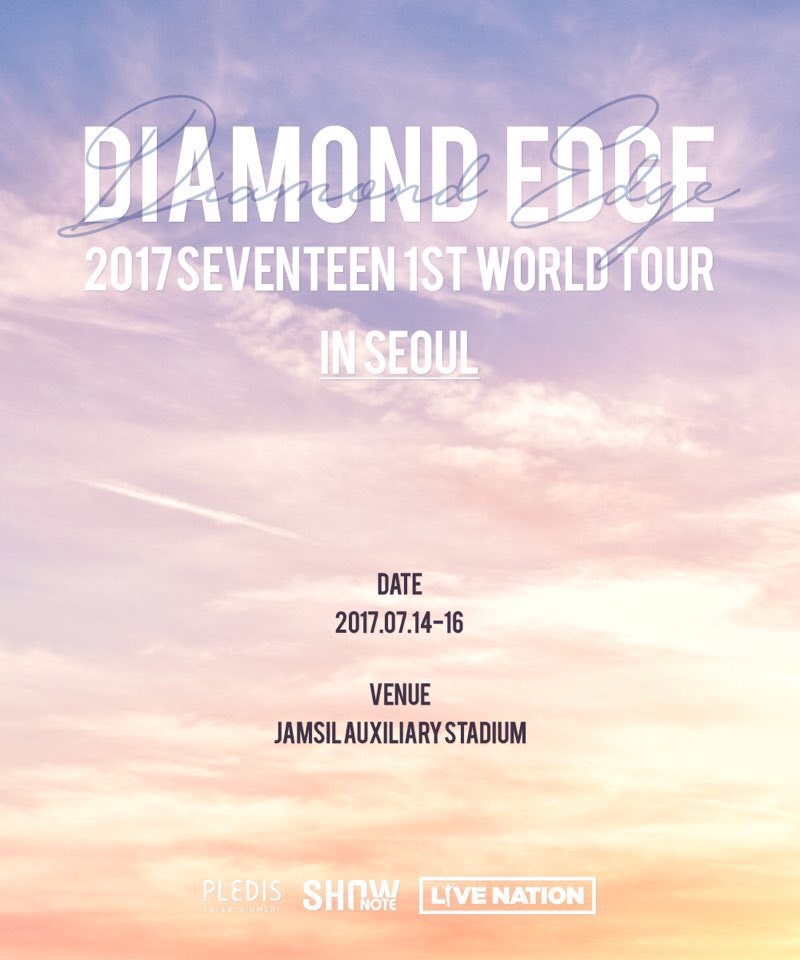 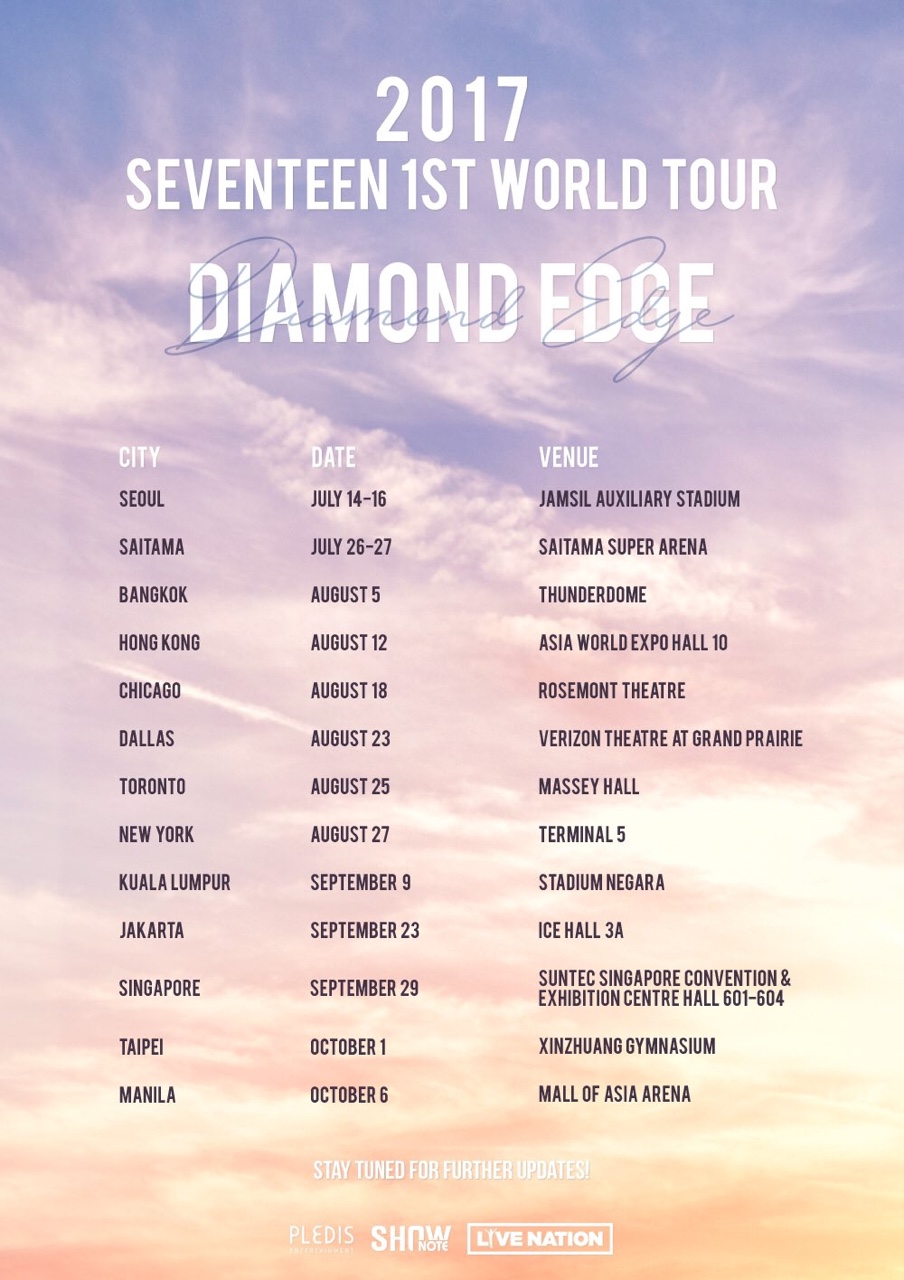