SF9 revealed their fifth mini album SENSUOUS on July 31, 2018 at
6PM KST, holding a comeback showcase at the Seoul MESA Hall in Hoehyeon-dong. The 9-member group performed their title track “Now or Never”, as well as the song “Different” from their latest mini-album. 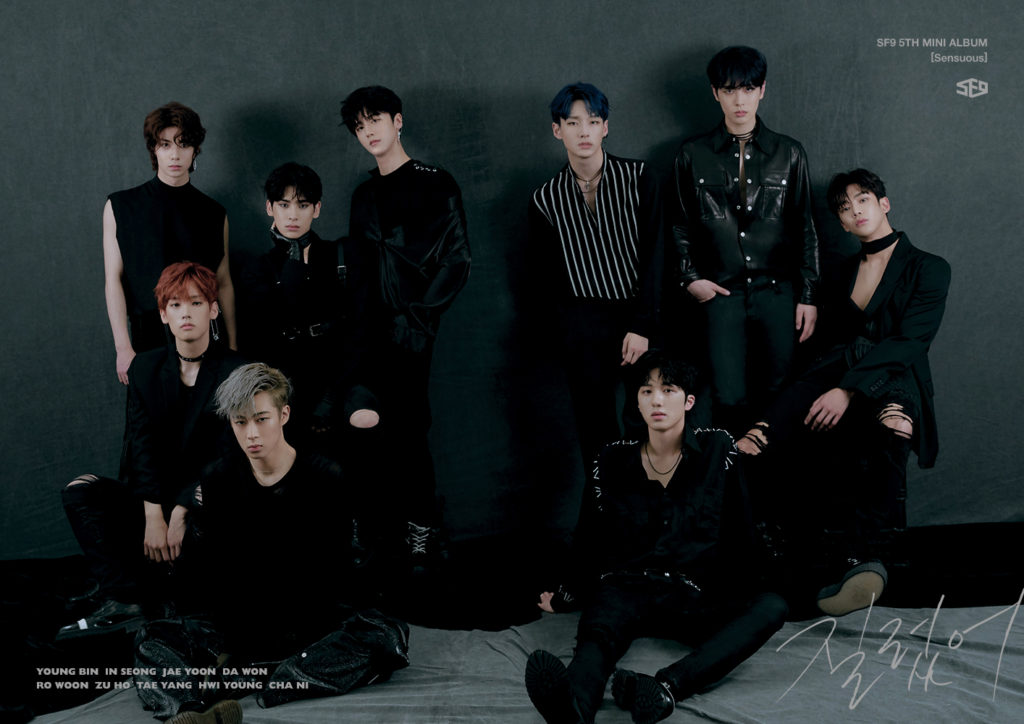 Inseong shares, “The concept of this album is the awakening of a young man’s inherent sensuality.” With sophistication in mind, SF9 seeks to distinguish themselves from other boy groups with their untamed sexiness.

Their title track, “Now or Never”, is a song that expresses one’s love for another with its straightforward lyrics. The concise melody only adds onto the precision of the track. Zuho expresses his excitement for their new release, relaying, “We’ve always wanted to do a sexy song with a heavy rhythm, so it feels like we’re finally able to show a side of ourselves that we weren’t able to before.” 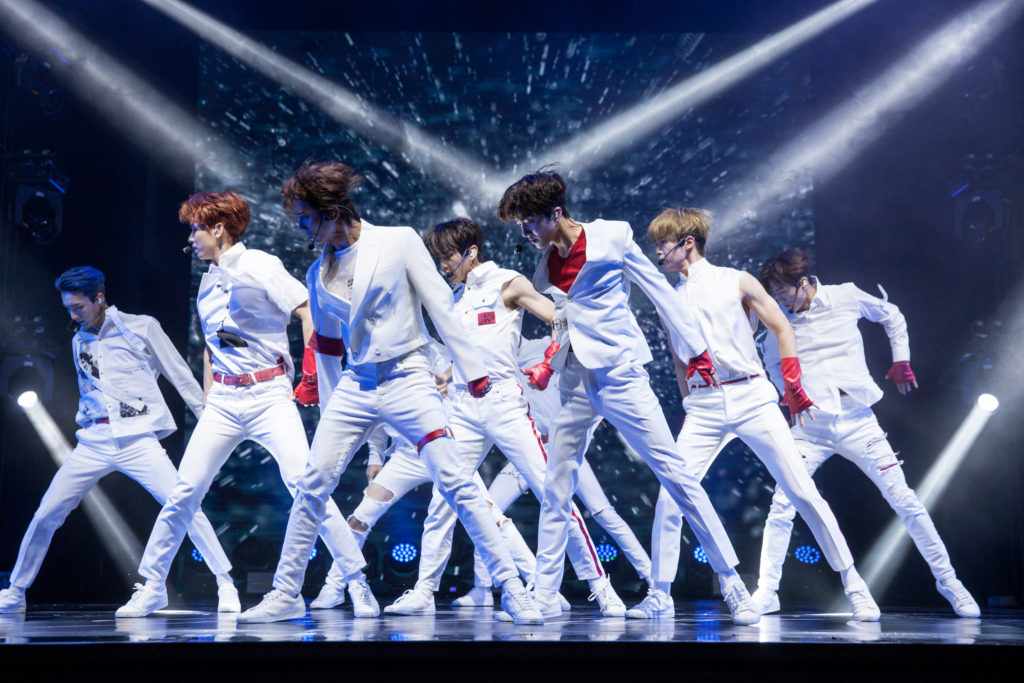 Their performance is also a must-see. The members exhibit sharp choreography, stage outfits that show some skin, and sexy expressions to match — a facet they attribute to their study of industry seniors’ performances. Jaeyoon reveals, “We had to diligently work out because the choreography shows off a lot of our silhouettes. Since Taeyang’s body-line is impressive, I personally asked him for one-on-one dance lessons.”

Chani, the team’s only underaged member, expresses his disappointment in his young age. With a laugh, Chani shares, “I feel like I would’ve been better able to digest the song if we had received it once I had become of age. I tried my best to convey sexiness, but I don’t think I was able to portray it as well as the older members.” 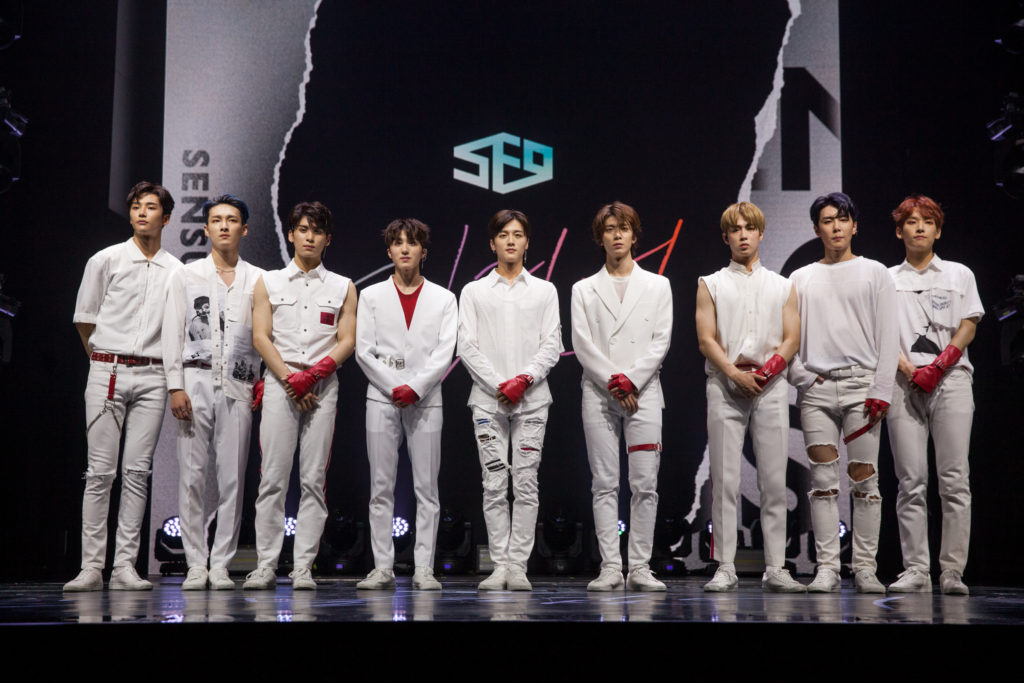 Including “Now Or Never”, the mini-album is comprised of a total of five tracks: “Different”, “Unlimited”,“PHOTOGRAPH”, and “SHADOW”. Not only did Zuho participate in writing the rap lyrics with Youngbin, Hwiyoung, and Chani, but he also tried his hand at songwriting and composing for the first time with the song “PHOTOGRAPH”. He shares that “the song depicts the idea of wanting to capture memories with fans in a photograph,” and that, “it was meaningful because we promised our fans that we’d gift them with a song we made ourselves, and we were able to fulfill that promise.”

Although summer is a season that calls for girl groups, SF9 is far from discouraged. Rapper Zuho asserts the group’s confidence, saying, “We’ll work hard to showcase a performance where even our sweat appears sexy.” Rowoon adds, “We believe that if we have passion and sincerity, our efforts will be recognized regardless of the song’s genre.”

Among SF9’s goals is a first-place win on a music program and selling out their fanmeet. Although the music charts have yet to illustrate their prominence, they’re determined to grow one step at a time. Zuho explains, “I don’t think it’s wise to become impatient due to other people’s comments,” concluding, “if we continue to work hard, people will eventually recognize our group’s individuality.” 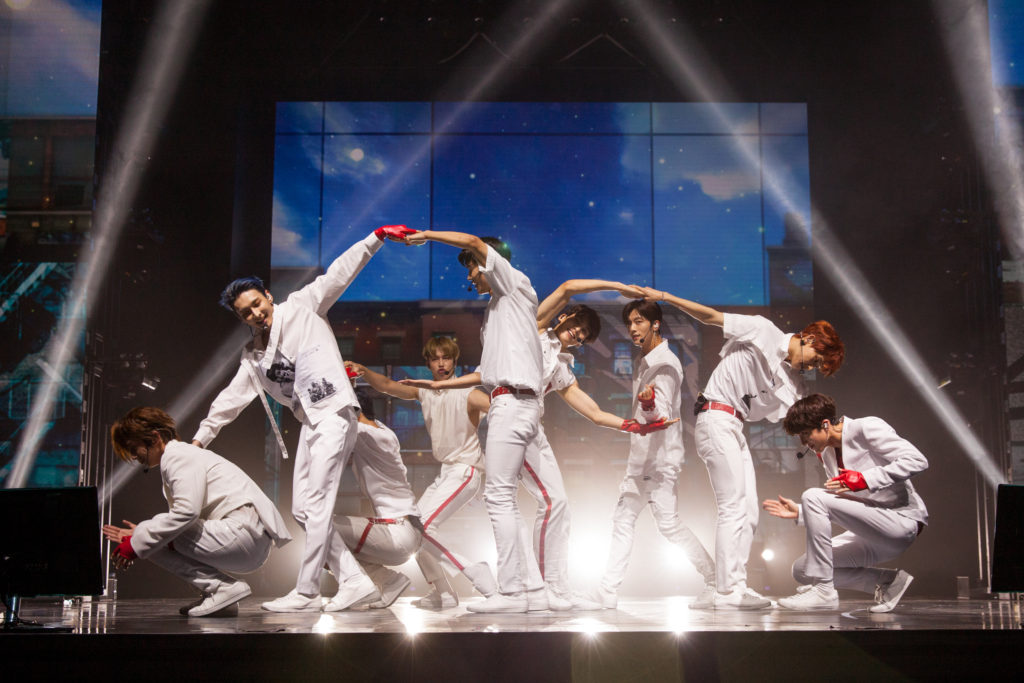 Inseong relays that the group has found their achievements in their growth rather than in numbers. He confesses, “We’d be lying if we said that we completely don’t care about numbers, but everyone has different standards for measuring success. I think we were able to achieve musical competence and grow in our teamwork through various concepts within a short amount of time.”
Kicking off their comeback with a successful showcase, SF9 plans to drop jaws with their new album and scheduled performances.