On Feb 1st the agency released an official apology for Sowon’s post of her posing with a Nazi soldier.

“We would like to deeply apologize for the controversy that was stirred up from the photos Sowon uploaded and the behind video from GFRIEND’s ‘Comeback Show’ VCR.

We apologize for not being able to check in advance that there were inappropriate props at the shooting site, nor we able to thoroughly inspect the contents during the filming and uploading process, and we did not pay close attention to the historical facts and social issues. We bow our heads and apologize to those who may have felt uncomfortable with these videos and photos.”

So what happened?
Full story breakdown below!

On January 31st, the leader of Gfriend Sowon became under fire for posting a photo of her with a Nazi mannequin. The photo was taken in what seemed to be a historical Holocaust museum. This was later debunked, it’s actually a cafe in Korea called Café Zino. The cafe is a popular film location for kdramas.

NOTE: The original website deleted their listing of the cafe, but I’ve got ya covered here’s a link to the page before they deleted the cafe information. LINK

oh so it was a cafe in korea that’s popular for korean drama??? what the fuck pic.twitter.com/OpaoRRgEaO 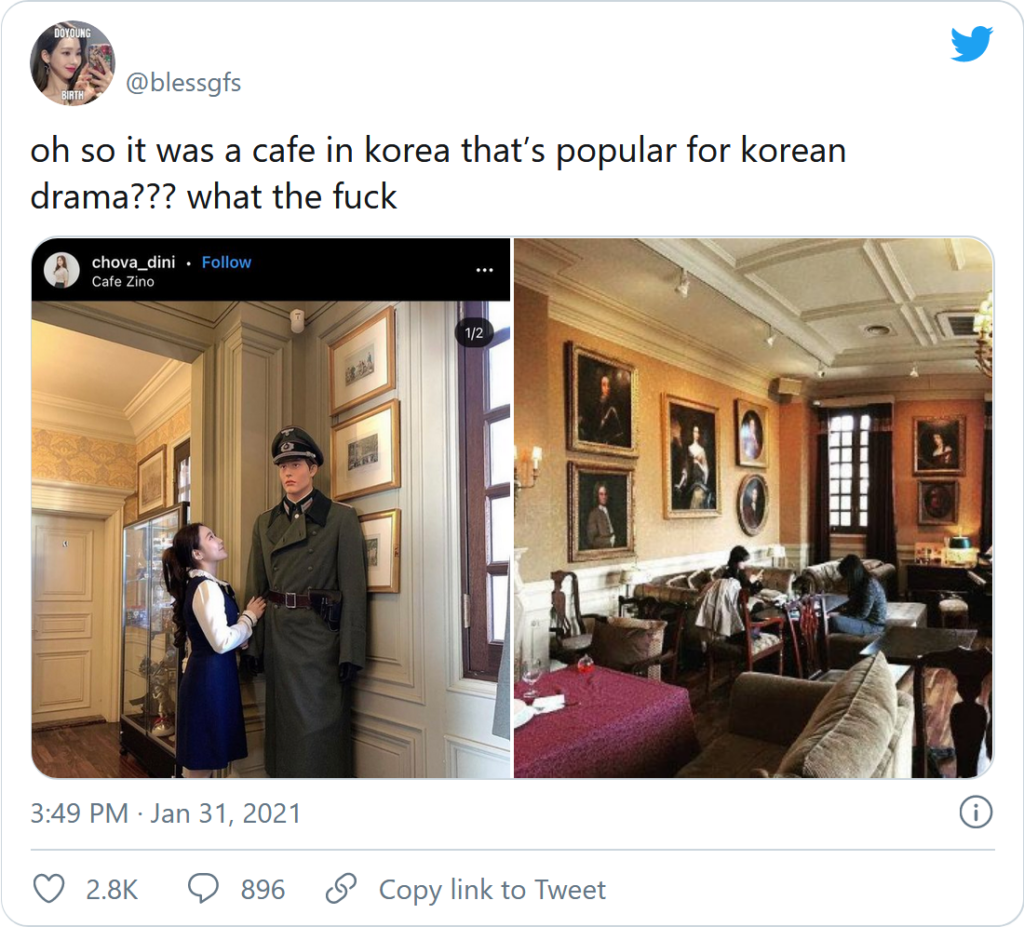 The mannequin in the said photo is a Nazi soldier from world II.

World War II, also known as the Second World War, was a global war that lasted from 1939 to 1945. It involved the vast majority of the world’s countries—including all the great powers—forming two opposing military alliances: the Allies and the Axis.

Nazi Germany, officially known as the German Reich until 1943 and Greater German Reich in 1943–45, was the German state between 1933 and 1945, when Adolf Hitler and the Nazi Party controlled the country which they transformed into a dictatorship.

When Sowon’s post spread around the web Gfriend fans (Buddies) and Kpop fans alike were shocked and offended.

to everyone who’s defending sowon with “koreans don’t know, etc” here is me talking to my KOREAN dad who went to school in KOREA whether he knows about the holocaust. he clearly knows and learned what the holocaust is. so stop excusing this. pic.twitter.com/QeVApGo3RK

tw// nazism, nazi
–
–
–
i'm disappointed of s0won but i'm glad she deleted.. she needs to apologize tho.. nazis are not friends or someone you can hug or look so lovingly at, they are killers, they killed 6 million jews out of them 1.5 million jewish children /srs pic.twitter.com/9GmWT8I60W

Sowon ended up deleting the post but the situation didn’t stop there. An old video of SinB saying that she has Sowon’s name saved in her phone as “KITLER” has resurfaced, further enraging and hurting their fans. 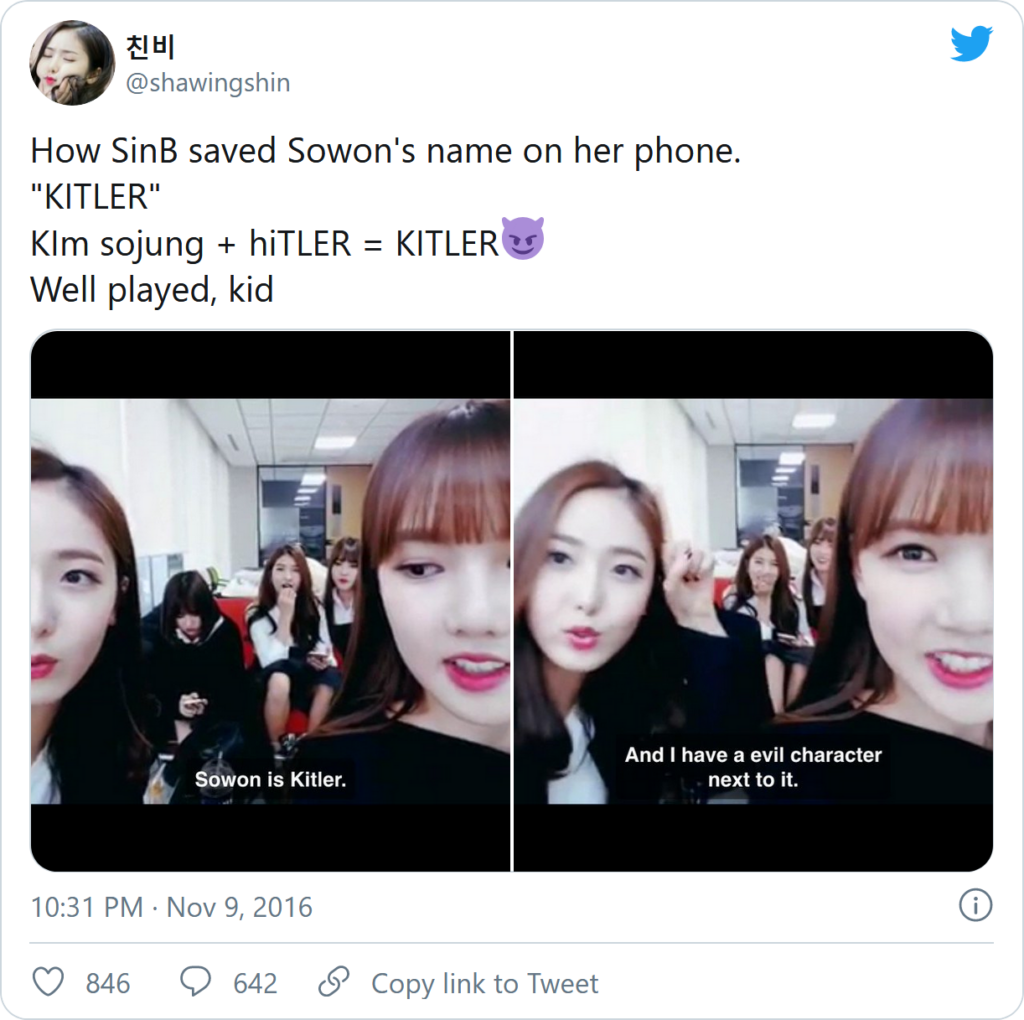 Fans are now calling for SinB and Sowon to apologize and take accountability for their actions.

i hope that sowon sees these pic.twitter.com/uK0Ly3khrQ