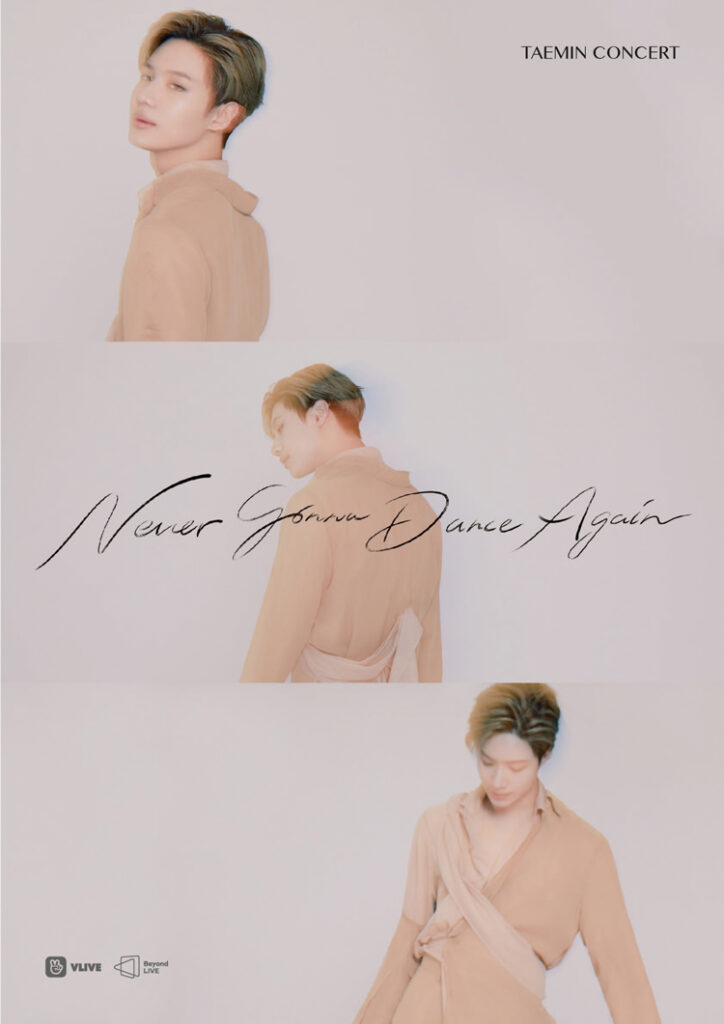 Tickets go on sale on April 20!

On April 19, SM Entertainment announced that SHINee’s Taemin will hold his first online solo concert (Beyond Live – Taemin: Never Gona Dance Again) on May 2 through SM’s concert platform “Beyond LIVE.”

Taemin’s concert will live stream on Beyond LIVE’s VLive channel on May 2nd @ 3 pm KST. Tickets go on sale April 20 via VLive, and Taemin’s concert merch will be sold on SMTOWN’s global website.