On May 31st UEE and Pledis Entertainment confirmed that she will not only be leaving After School but the company as well. 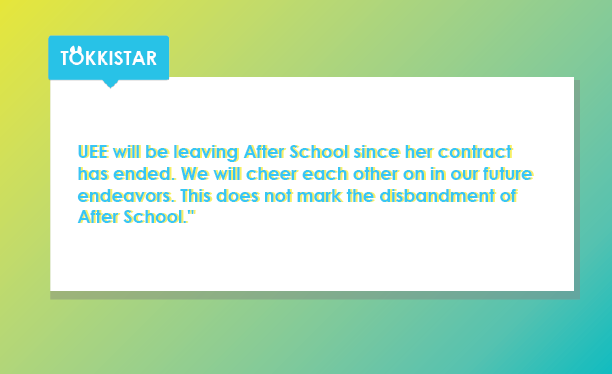 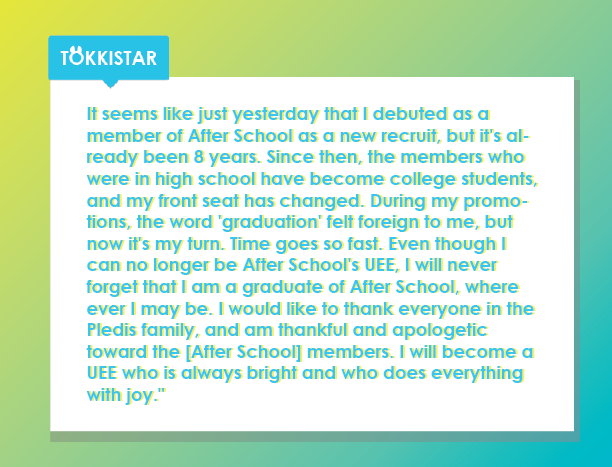 UEE’s departure didn’t come as a shock because rumors of her leaving the group have been swirling around for months.

Now fans are left wondering if After School will disband altogether.