Fans of “True Beauty” were overjoyed when the remake for the webtoon had been announced and were quick to create a dream set of actors for these diverse characters! 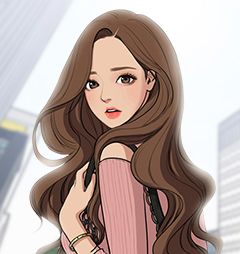 The webtoon comic has garnered attention over the years for it’s melodrama-like story on the life of a conflicted teenager and her love for make-up.

The story focuses on Jugyeong, a shy, introverted comic book fan. After mastering the art of make-up, her social status at school skyrockets! Wanting to keep the hidden part of her a secret, she masks who she really is. However, could a secret really stay a secret forever? What happens when a sudden love interest walks in?

The comic talks a lot about flaws, insecurities and being one’s own self. If you haven’t already, check out the story on Webtoon!

With the explosive popularity and positive response to the comic, a show is in production.

Here is what we know for the cast so far.

Moon Ga-Young, who has been in “Tempted” and “Welcome to Waikiki 2”, would be playing the lead actress for Lim Joo-Gyung.

ASTRO’s Cha Eun-Woo will be playing the lead role for Lee Soo-Ho. He has also previously acted in “My ID is Gangnam Beauty” as well as “Rookie Historian Goo Hae Ryung”. 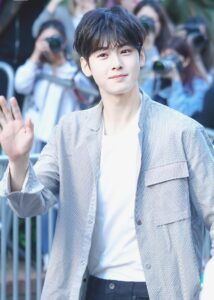 Park Yoo-Na (“Sky Castle” and “Hotel De Luna”) and Im Se Mi (“When the Weather was Fine” and “Terius Behind Me”) are to be in the show as the charachters, Kang Soo-Jin and Lim Hee-Gyung.

However, talks for who Seojun will be played by is still in discussion. Who do you think should be the actor for Seojun? 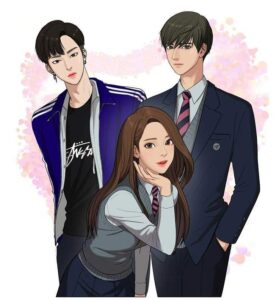